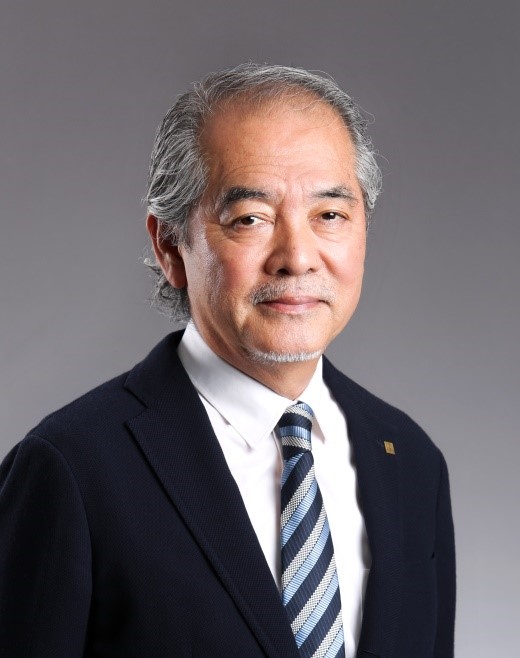 Thanks to your support, I, Takahide Hayashi of the Kiwanis Club of Kagoshima, assumed the office of 2021-2022 Japan District Governor.

I served as 2006-2008 Charter President of the Kiwanis Club of Kagoshima, and 2017-2019 Lt. Governor of Kyushu Division. After that, I have been an ordinary member for a decade. It was quite a surprise to be nominated as a Governor-elect a year ago, but time has passed and I found myself assuming the office of Governor.

When I became Governor-elect last year, Immediate Past International President Art Riley sent us the following message: “We are emerging from a year that presented remarkable challenges— and showed the resilience of the Kiwanis family. Some of those challenges remain, but so does the spirit that makes this organization so important to children around the world.” He recognizes that the relationship between our service organization and communities changes due to Corona Virus, and that Kiwanis is standing on a crossroad. It is a threat, but at the same time, it is an opportunity. He says that there is a way to progress toward the goal, by developing leadership and inspiring members to be interested in leadership education. I was encouraged by his powerful statement.

A little after that, Incumbent International President Peter Mancuso told us, “You will bring great energy and ideas to your position and I look forward to seeing all the great things you will accomplish.” He also told us that due to Corona Virus, our Governors-Elect Education Conference would be a hybrid learning experience over 12 months created with the education team. It was a meticulous and active plan involving virtual education sessions and breakout sessions. Each Governor-elect is to study the workbook systematically and strategically prepared by the education team to learn the priority areas, purpose of the education, and responsibilities of a Governor.

2021-2022 Action Plan of the Japan District of Kiwanis International

Based on the Priority Areas of Kiwanis International, it goes without saying to improve club experience, strengthen existing clubs, and open new clubs, but in Japan, I would also like to focus on increasing female members. In April 2016, Women’s Active Promotion Act was announced in Japan. Although female employment rate increased to nearly 70%, 60% of which is irregular employment. In June 2019, an amendment to Women’s Active Promotion Act was announced, and further activities by women are desired. The Japan District also needs more activities by women. Therefore, I aim to increase ratio of female members, to vitalize each club.

With rampant Corona Virus, we are in a pandemic that no one has ever experienced. Club activities are forced to halt, and it is difficult psychologically as well. But instead of moaning over the difficulty we need to progress.

With the support of all members, I would like to exert myself to achieve these goals.

Copyright © 2000-2022 The Japan District of Kiwanis International All rights reserved.

Copyright © 2000-2022 The Japan District of Kiwanis International All rights reserved.